Behold, my first foray into the world of indie patterns, the Moss Skirt from Grainline Studio. 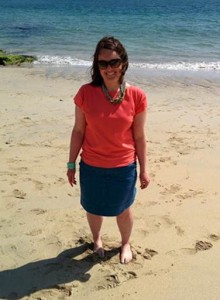 The great thing about the Grainline Studio patterns (and some other indie pattern companies I have since learned) is that you can buy them and then print them at home immediately. It’s like the easiest jigsaw you’ve ever done and good for a bit of instant sewing gratification. 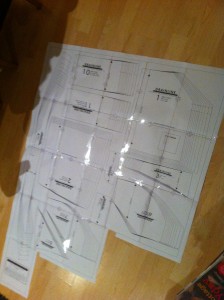 I used denim that I bought in Threads of Green in Kilkenny (€10/m I think). They’re located in a business park outside the town and have an online store too. If you’re planning a visit I’d ring ahead though to make sure you get the right opening hours – I think they close early on Saturday if memory serves. They started out in dancewear so they’re particularly good for stretchy fabrics etc but they have all sorts of stuff including a big selection of trims. The staff were lovely so definitely worth a look if you’re in that neck of the woods.

I found the skirt very easy to put together. I did it in a bit of a rush because I was coming up to exams and was starting a (very necessary) self-imposed sewing hiatus. So the inside isn’t finished particularly well but it’s definitely wearable. The most challenging part of the skirt was the fly. It actually was quite simple (thanks largely to the tutorial on the Grainline Studio website) but it took me a while to get my head around it. 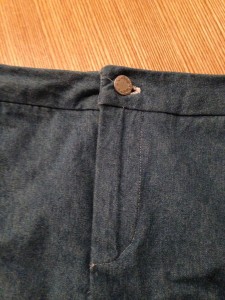 I think it ended up looking pretty good, or like a fly at least and not some off-the-wall lap adornment which was a bit of a worry at the beginning!

One thing that bugged me was the way the pockets ended up sitting – they’re not tight enough against the body so the fabric pulls a bit at the bottom. I’m not sure if I did something wrong due to the aforementioned eh accelerated nature of the project or… was it the pattern… Probably my slapdash level of attention to the task though let’s face it! 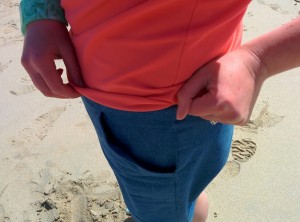 One cool thing was my discovery of jeans buttons (I knew they existed before but not how to make them happen). I got them in WM Trimmings on Capel St. You get a plastic guide with them that holds the button and the back stud which you basically hammer (using an actual hammer) into the fabric. Pretttttty awesome (I know, I’m so cool the way this thrills me so much). 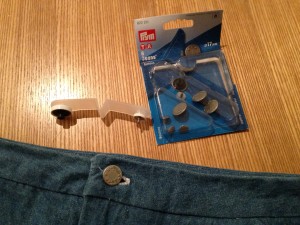 All in all I’m pretty happy with the skirt and I definitely plan to make it up again. Next time I’ll aim to do a better job on the pockets and probably reduce the width a bit. I’d probably go a bit shorter as well (I don’t know if it’s the camera angle but I think I look much shorter than usual in these photos!). Perhaps a wine-coloured cord version for winter…Or a patterned one… Big plans.

Fabric: Denim from Threads of Green in Kilkenny (approx €10/m)

Cool versions from other blogs:

Tilly and the Buttons